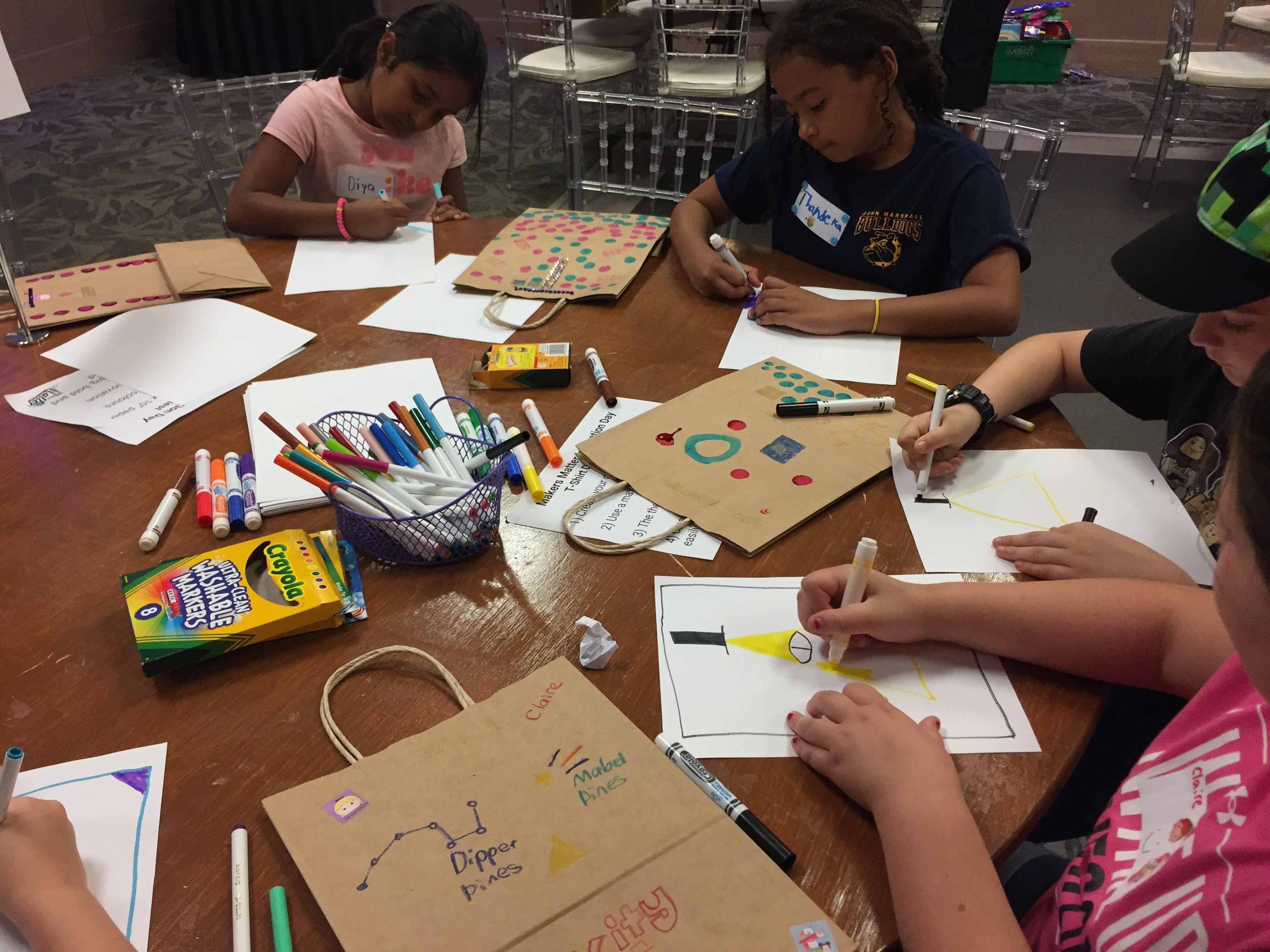 Captain Cardboard (also known as Kyle Kitchen) kicked off the DSBN Elementary Edition of Makers Matter Innovation Day on June 19th. With three whole dedicated making areas, elementary student makers from across the District School Board of Niagara made their way through the Starlight Room, Gemini Room and the Pavilion at Club Roma and chose from a variety of maker activities. The Starlight Room housed a dedicated Scratch coding space and was filled with electronics such as Ozobots, Dash and Dot, and other robots. The Gemini room housed a music station (cue the drums), button making, an origami/paper airplanes station, lego, print making & badges, a green screen, a snack station, a t-shirt design contest and cardboard city. In between the two rooms was knitting and outside in the Pavilion was turned into the canvas painting and garden centre (which included woodworking and planting). Each station was facilitated by a volunteer Innovator that supported students as they were engaging in a day of self-directed learning, making their way from station to station allowing them to create, make and explore. Captain Cardboard had students echo back, “it’s going to be an amazing day” and after our student makers gathered at the end of the day (creations from the day in hand) to watch their Makers Matter video capturing the event, we knew it was indeed an amazing day.

Our CONNECT 2018 Highlights 3 years ago

Kindergartens Love Technology Too! 3 years ago